This past month has been a tough one for clothing company, Abercrombie & Fitch. It’s definitely been a lesson in tough love after comments CEO Mike Jefferies made back in 2006 came to light thanks to a book co-authored by Robin Lewis that exposes the inner workings of the retail industry. All the comments made by Jefferies in the interview concerning his company were pretty jarring, including the stipulation that his company sell nothing larger than a woman’s size large for shirts and a size 10 in pants. In that interview with Salon magazine back in 2006 Jefferies had this to say,

“In every school there are the cool and popular kids, and then there are the not-so-cool kids. Candidly, we go after the cool kids. We go after the attractive all-American kid with a great attitude and a lot of friends. A lot of people don’t belong [in our clothes], and they can’t belong. Are we exclusionary? Absolutely… we want to market to cool, good-looking people. We don’t market to anyone other than that.”

Now the problem here isn’t that A&F choses to only cater a specific body type/type of person, that’s the whole point of segmenting and targeting a market, you cannot possibly appeal to everyone. The problem plaguing Mike Jefferies is that he is speaking about it publicly and alienating a good portion of the population in the process. People use a variety of factors when deciding what brand to purchase and a person’s morals and ethics often play a role in their buying decisions. Which begs the question, why would a consumer make the conscious decision to purchase items from a brand that is openly feeding into society’s obsession with the ‘supermodel image’ and fanning the flames of teenage girls’ body issues?

On that issue, Ellen probably says it best:

After these comments started making the rounds a few weeks ago many different groups, from body image activists, to parent and consumer groups, even groups of teenagers and young adults came out against A&F staging protests and starting online petitions. A Change.org petition garnered 70,000+ signatures quickly, each standing up against the elitist nature of the clothing company. Benjamin O’Keefe, who started the petition, had a chance to meet with the team at Abercrombie & Fitch and tell his story of eating disorders, body image issues and suicidal thoughts. Speaking to Huffington Post Live yesterday, O’Keefe announced that A&F was working toward announcing changes to their brand. While this news is great to hear, has the damage already been done? Or can the brand image be saved?

From a financial perspective, the company has been taking a hit this year already. Before any of these comments hit the mainstream media sales in the first quarter of 2013 were down 17%. Consequently, the announcement of the sales slump led to a 10% drop in stock prices. Now Mike Jefferies contributes these sales drops to shortages in supply and outside influences, which very well may be the case, but let’s wait and see what becomes of the company’s second quarter numbers. As Robin Roberts of Good Morning America stated, “The consumers have the power to vote with their dollars.” Let’s see what the consumers will do with them.

As for apologizing, the company has issued 2 apologies since Mike Jefferies’ comments were made public. The first from Jefferies himself that stated that his comments (which are 7 years old remember) were ‘taken out of context’ and he’s sorry that people interpreted them the way they did.  The second was made by a company spokesperson after they met with Benjamin O’Keefe and the members of a group that protested Abercrombie in Chicago. Thankfully this one seemed to show more understanding reading,

“We look forward to continuing this dialogue and taking concrete steps to demonstrate our commitment to anti-bullying in addition to our ongoing support of diversity and inclusion. We want to reiterate that we sincerely regret and apologize for any offense caused by comments we have made in the past which are contrary to these values.”

What do you make of this whole PR disaster? 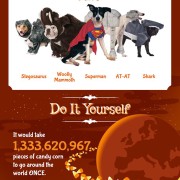