Canadian pop-star Justin Bieber has been making headlines recently due to his alarming life choices. The squeaky-clean Bieber image has been tarnished by a slew of drug and vandalism allegations. Last week we saw his house raided by the police who were searching for evidence linking Bieber to an ‘egging’ of a neighbour’s home. At the age of 19, Bieber has been in the public eye for most of his adolescence, so we certainly expected some sort of rebellion.

As PR professionals, hearing about a media crisis generates great deal of conversation in the office; heated debates of how we would help a client bounce back. Below you will find our solutions for the Biebs!

Bieber has obviously upset a lot of people as a result of his behavior. It is time to apologize and work on being a better role model. We think a short direct statement, no longer than five sentences, should be released indicating that he is sorry for his recent actions and he plans on seeking help. This would show a level of maturity and poise from the superstar that would help to quiet the critics.

2. Get out of the pubic eye

The public has seen a lot of Justin Bieber lately and very few of the reasons for this have been positive. We would advise the Biebs to try his best to disengage with the media for a while. Get off social media (it seems to only make matters worse), diminish public appearances  and  lay low for a while. Make the public aware of the time you are taking to better yourself.

Bieber’s career can be far from over, but in order to sustain himself he needs to get things together. Whether there are behavioral issues, drug issues or something else going on with the young pop star, his talent and showmanship is undeniable. It is one thing to say you are working to better yourself and it’s another to put the time and effort in. If Bieber does the work, great results can be achieved.

Known for his work with charities, going the extra mile for fans and winning the hearts of boys and girls worldwide, the majority of Justin Bieber’s career has been positive. We know Bieber can bounce back from his indiscretions if he plays his cards right. Bieber should seek whatever help and guidance needed to make good, positive decisions in his personal and professional life. 2014 has not seen the end of Biebs, we just hope he can turn it around soon! 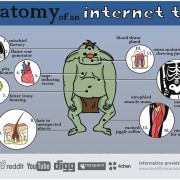