One of our favourite times of the year has once again come and gone: Oscar Season. A night where the most talented, famous and beautiful gather in their designer wear to celebrate cinema. Hosting this years event was the glorious Ellen DeGenerous (also the host of 2007 Oscars). She gave a wonderful performance; walking the line between humorous insults and admiration, with ease and grace. Here at EDPR, the Oscars is a night for fashion hits and misses, winners and losers and the Brad Pitts and Meryl Streeps of the world. Below you will find our review of the star studded night.

This man always amazes us and last night was no exception. Still relatively new to the amount of attention he is receiving for his performance in ‘Dallas Buyers Club,’ he walked up to accept his award with a calm, cool attitude. In Leto fashion, it was obvious that he took the time to craft a beautiful speech, using his time with a captive audience to thank his mother and inspire the dreamer in all of us.

Out of all the musical performances throughout the night we were most impressed with Pink’s rendition of ‘Over the Rainbow.’ Being one of, if not the most famous song from any motion picture, Pink had a lot to live up to. She surpassed all of our expectations with her incredible pipes. What we loved the most? It still sounded like Pink.

Well, to be honest no surprises here; we knew that ‘Gravity’ was going to clean-up and whatever they didn’t win went to ’12 Years a Slave’ or ‘Dallas Buyers Club’. One thing that made us a little sad was that Leonardo DiCaprio once again, went home empty handed. He has been nominated 4 separate times and continues to be one of Hollywood’s most bankable actors. His performance in Wolf of Wall Street was reviewed as his best roll to date. What does the guy have to do? Maybe next time Leo, we are rooting for you.  Click here for a list of last night’s winners.

Overall, we were rather underwhelmed by the fashion at this years event. Risks taken by celebs were minimal and many of the gowns seemed safe and predictable. We would even go as far to say the guys out shined the ladies. None the less, here are our fav best dressed men and women:

That concludes our review of the 2014 Oscar’s. Next year, let’s pump up the fashion and give DiCaprio some love! 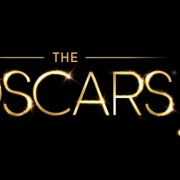