You are here: Home / Embrace Disruption Blog / Taylor Swift: Growing Up & Changing That...

Thanks to her recent shenanigans, the media and public are saying they are ‘never getting back together’ with Taylor Swift. Once the sweet teenaged girl with the blonde curls and nice voice, 2013 is quickly becoming the year America is falling out of love with Taylor Swift.

I’m not exactly sure that one incident started the downward slip from the crown of “America’s Sweetheart” but I’m sure she’s never been everyone’s cup of tea. When Taylor was first hitting the music scene she stated that her songs, especially those about relationships, were written out of her experiences with guys; but of course she’d never come out and flat out say THIS song is about THIS guy. So we, as the public, were left guessing/speculating about whom each song was referring to. But does this make the practice acceptable? If you listen to some of the lyrics they’re pretty negative towards her male subjects.

Then there was that very public diss of Harry Styles at the 2013 Grammys. Speculation says the song “We Are Never Getting Back Together” is about Jake Gyllanhaal but then she opens the Grammys with the song, speaking in a (horrid) British accent. Way to go Taylor!

Next strike against Taylor Swift was her Vanity Fair interview. In it, she responded to Amy Poehler and Tina Fey’s comment on her seemingly serial dating policy stating that she loved Katie Couric and her quote, “There’s a special place in hell for women who don’t help other women.” Well isn’t that a little harsh Taylor? Both women have stated that the jab was meant to be a light-hearted joke, as are MOST comments at award shows.

But totally juxtaposed to the teenaged dating drama is the way too serious nature she carries herself in. It appears that she can’t laugh at herself, she can’t look at some of the things from her past a say, “Yeah, I suppose that was a little questionable.” That is the advice of PR executive Dorthy Crenshaw, “I’d tell her not to play victim this time and to respond with humour. Swift can earn points if she shows that she doesn’t take herself so seriously.” The victim thing worked with the Kayne West ‘incident’ because that was a one-time freak occurrence of a guy expressing his anger at the outcome of an award. The Golden Globes jab was based on an observation of sorts, a comment on someone’s life. Don’t dwell on it Taylor, move on. How are we supposed to forget things happened and on to the next scandal/news if someone keeps dragging it up?

Matt Ragas (DePaul University) provides probably some of the soundest advice for Taylor Swift – keep doing your job! Taylor Swift didn’t make more that of Anne Hathaway and Brad Pitt combined last year by starting feuds with every female comedienne in Hollywood. She did it by writing killer hit songs and performing to sold out crowds. “Part of PR is words and messaging, but a huge part of is also actions and behaviors,” he explained. “If she continues to put out hits and stays out of trouble, she’ll be fine.” So really, this time (in a specific way) she should pull a Kayne West; go out and rock that world tour, and just talk about the music. I mean it can’t be that hard to stick to topic.. right? 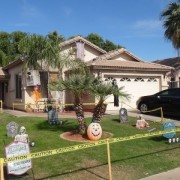 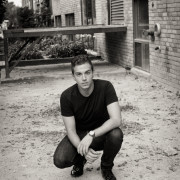 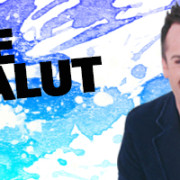