Networking: Don't be a bore. Don't do monologues & don't interrupt others. #PRTips

Never stop being curious. Curiosity may have killed the cat, but it made the PR pro. #PRTip

#prtip Write press releases from point of view of your target audience. Ask Qs about topic til you find an interesting angle.

You have to be where your audience lives. ~@iRadioCoach #PRTip

#PRtip #worcestershirehour Had some good PR coverage? Don't forget to shout about it on your social media channels! pic.twitter.com/DNM3GCUUXK

As all good PRs know, especially if you've been on the other side of the fence as a journalist… #PRtip pic.twitter.com/bHDK9daXe0

Action plans require real action. The plan is just the first step in the process, don’t stop there. #PRTip

#PRTIP: Journalists like extremes – the best, the worst, the largest etc. pic.twitter.com/5esPddCJc3 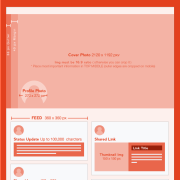 Infographic: Why Storytelling is the Most Effective Way to Engage
