We’re sure you’ve had a chance to watch Ashton (aka Chris) Kutcher’s speech at the Teen Choice Awards earlier this week. Beyond it being a fantastic speech, it really demonstrated the power of positive and genuine PR. Ashton hit the event stage with purpose, and spoke of topics that truly resonated with his audience. His candid delivery, combined with a slight plug for his new film, Jobs, made promotion that much more palatable: because it had purpose and positivity. A PR win for both Ashton and his new film (which we WILL be seeing this weekend, perhaps thanks to this thoughtful appearance). 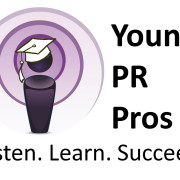