TORONTO, ON – On September 28th 2012, the Canadian Lesbian and Gay Archives (CLGA) will play host to an exhibit compiled of decades of archived ‘LGBTTQ’ identified pin buttons. Earlier this summer, these buttons were launched online for public review (http://pinbuttons.ca) in an effort to collect and identify the stories and meaning behind their creation. The buttons are continuously updated and added throughout the duration of the project, which comes to a close in late 2012. The exhibit, ‘Pushing Buttons’ will act as a facilitator for the community to engage with the pin buttons in a variety of different media forms (audio, video, and print) while simultaneously acquiring archival information and stories from the attendees. The exhibit will be broadcast through live stream for Canadians to share in the ‘Pushing Buttons’ experience.

For decades, buttons have voiced political statements worn by the masses to spread awareness during specific campaigns worldwide. Since their original design patent in 1896, the simple communication abilities of a single button have passed the test of time. Specifically for the LGBT community, buttons have been used for a variety of reasons ranging through forms of protest, to conveying messages without use of the spoken word. Creator William Craddock comments, “The Pin Button Project is about sharing history through the display of photographs of pin buttons that represent a range of causes, events, organization, and identities from our various pasts. It’s about provoking memory and inviting individuals to share their memories with others. It’s a place for discussion about the past – and about the present. And it is, of course, a place to look at and enjoy all of the visual appeal that these buttons from the past have to offer.”

This particular exhibit marks the first ever LIVE stream event from the CLGA. General Manager Scott Kettles speaks to his enthusiasm regarding this particular milestone, “We’re thrilled to grant access to our content through new and exciting digital mediums. We are continuing to enhance and innovate the ways in which we distribute our archival pieces and The Pin Button Project marks an important place in the CLGA’s history, contributing to our ongoing objective to keep LGBTTQ stories alive.”

The ‘Pushing Buttons’ exhibit opens on September 28th, 2012 with a public reception at the Canadian Lesbian and Gay Archives (34 Isabella St., 2nd and 3rd Floor) from 7:30pm – 10pm. Complementing the launch will be “create your own button” stations that will allow attendees to make their mark and contribute to the exhibit. For more information, visit http://pinbuttons.ca.

Pushing Buttons reimagines the space of The Pin Button Project (www.pinbuttons.ca), an online experience that engages individual memory and storytelling through the exhibition of a rich history of LGBTQ+ buttons from the holdings of the CLGA. In the online project, users engage with the artifacts – and each other – by asking questions, stating opinions, and sharing personal stories. In Pushing Buttons, the online is brought into the physical as space and content are reimagined into an enveloping and interactive experience that turns the spectator into witness and calls attention to the historical and present roles of various buttons, from social activism in the streets to social media activism on the web.

About The Pin Button Project:

The Pin Button Project is an online interactive exhibition and oral history project featuring pin buttons from the Canadian Lesbian and Gay Archives. Viewers engage by asking questions, stating opinions, and sharing their own stories.

The Canadian Lesbian and Gay Archives was established to aid in the recovery and preservation of LGBT histories. Its mission: to acquire, preserve, organize, and give public access to information and materials in any medium, by and about LGBT people, primarily produced in or concerning Canada. To support this function, the Archives also maintain significant non-archival collections, which include a research library, international subject files, and an international collection of queer periodicals. It is the CLGA’s mandate to make this information available to the public for education and research. Over the years, the CLGA has helped hundreds of people – students, artists, journalists, lawyers, filmmakers complete numerous projects inside and outside of the LGBT community.

The Pin Button Project is sponsored in part by: 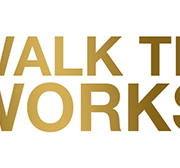 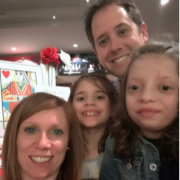