You are here: Home / Embrace Disruption Blog / What Is A Twitter Party?

When sifting through current marketing strategies, it’s evident that there are several ways that companies can connect directly with their consumers. However, there’s one exceptional solution that will allow feedback, along with massive brand exposure in today’s marketplace. What solution is that, you ask? Well, it’s a twitter party.

A twitter party is a fast paced and entertaining virtual party, utilizing the twitter platform. Twitter parties traditionally last 1-2 hours (but can be longer) and are an effective way for people to connect and discuss a brand, product launch, or particular interest.

HOW DOES IT WORK?

Twitter users tweet with a specified hashtag (#) for the party. The party host will announce the hashtag prior to the event. Users can follow the hashtag to see all the tweets associated with the ‘twarty’. Tweetdeck and Tweetgrid are tools that can make twartying a lot easier.

There are several reasons why a company would want to hold a twitter party. Whether it’s to accompany a launch or party, generate buzz about a specific product or milestone, or further ignite their social presence – twitter parties lend themselves well to any equation.

Most recently, Embrace Disruption’s founder (Cory Stewart) created, facilitated, and executed a twitter party for a company called NewEgg Canada. After exceeding expectation with the success of past twitter parties for companies like VISA, H&M and Shopcatch – this ‘TWARTY’ still managed to bring forward a few stand out moments. Check out the results below, and get a clearer idea of what a brand can achieve by hosting a ‘TWARTY’. 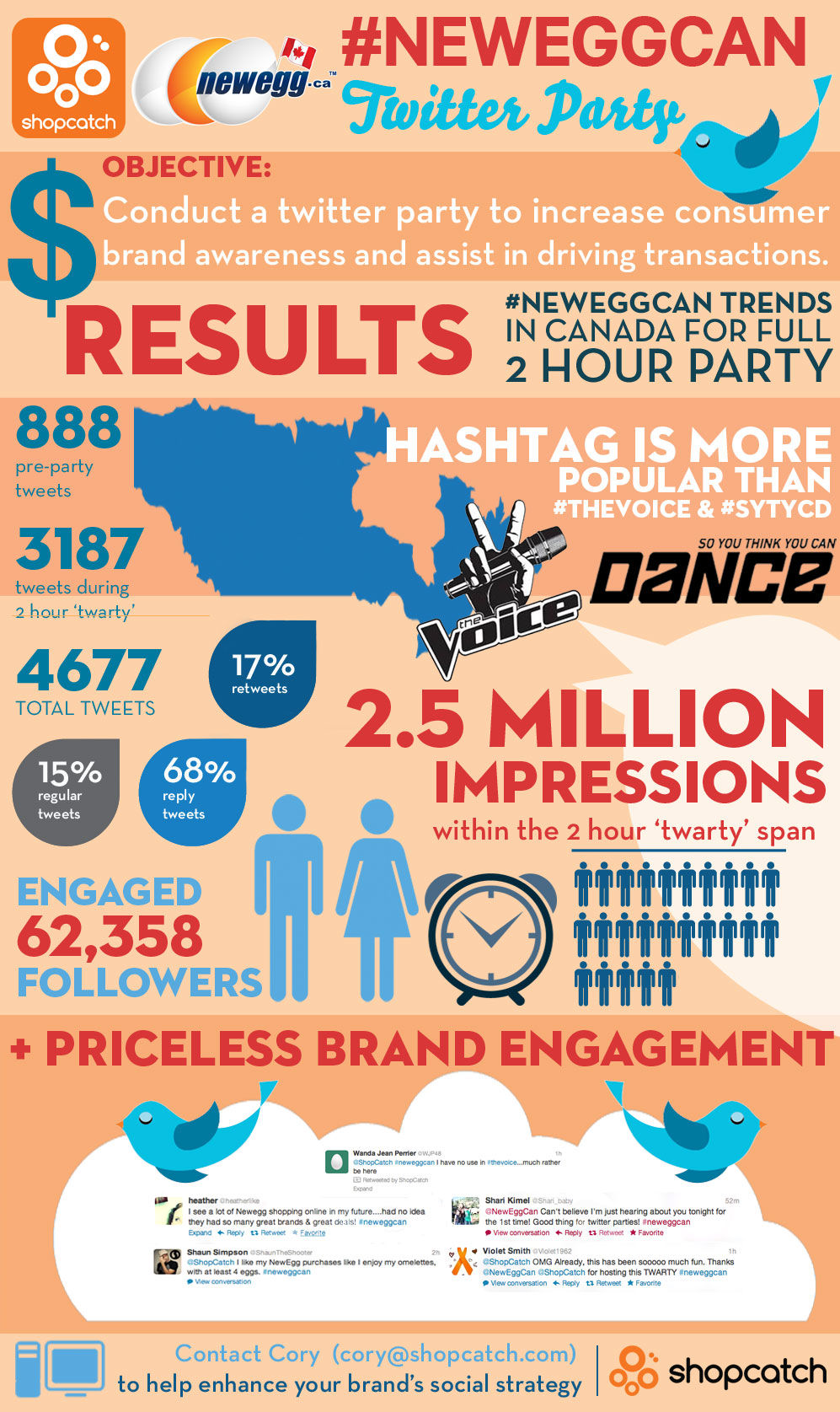