Once again, we’re all able to witness the fumbles of twitter management (as-they-happen)! Unfortunately for The City Of Vaughan, today they’ve become yet another cautionary tale. This morning, we were directed to a tweet from the City of Vaughan by one of our favourite ‘tweeple’, Elissa Freeman.

It looks as though the person managing The City Of Vaughan’s twitter account wasn’t so happy about a certain individual’s parking skills (Image via @_melissaashley). 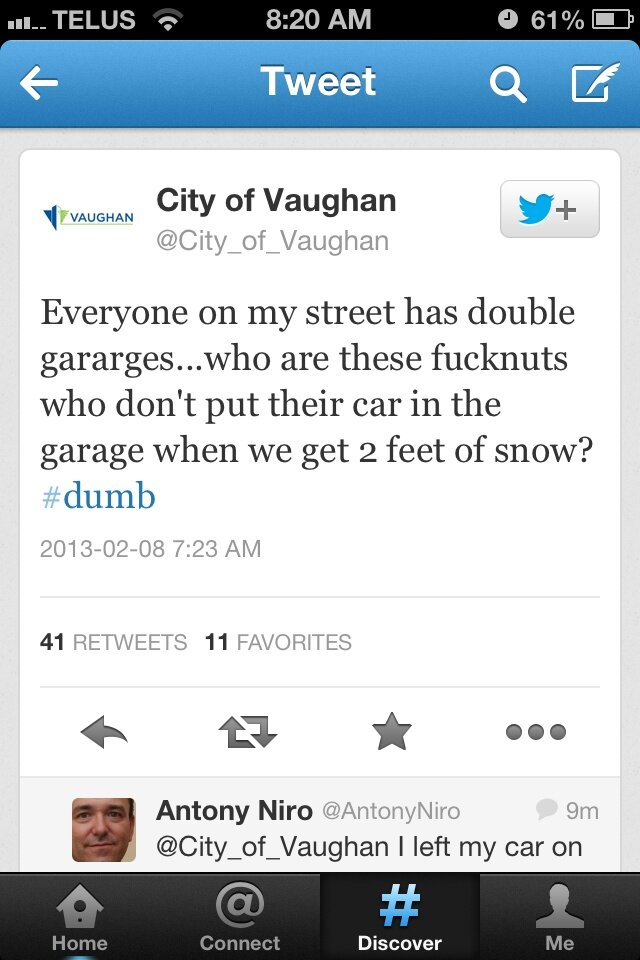 Sadly, it doesn’t end there – it looks like the community manager showed signs of going rogue earlier last night: 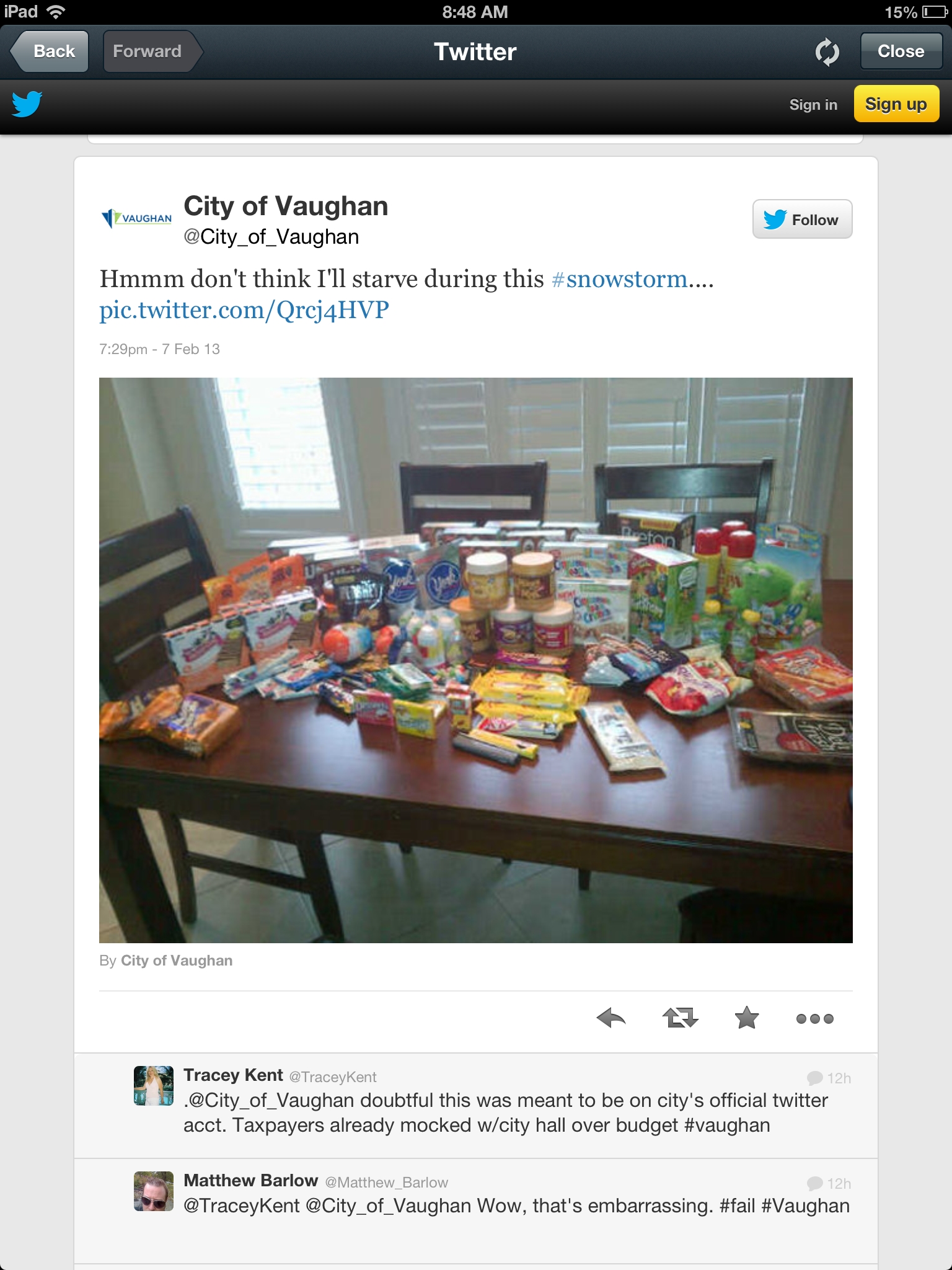 City Of Vaughan, @city_of_vaughan is now trending in Canada http://t.co/lVOMreiu

The worst part of it all is that the city decided to delete their twitter account full stop. We hope that they decide to come back to social, address the situation – and admit to mistake. After all, this isn’t the first time something like this has happened.

Reality is, goof-ups and fumbles are inevitable in this space – and we all know that. Here’s hoping the person responsible for this doesn’t get terminated, because they’ve most certainly learned their lesson. City Of Vaughan, if you’re listening: get back on twitter and acknowledge your mistake, you’ll be surprised how forgiving we all are. Silence is never a good thing, come back to the conversation!

The City of Vaughan has re-activated their twitter to say the following:

The City has determined the inappropriate tweet from our account earlier today was from an unauthorized user.

We are implementing procedures to prevent such an event from occurring again in the future.

We have to say, this response is good – but should’ve happened soon after the incident, instead of 6 hours later. Reality is, all the news coverage that has generated today could have reflected a more professional conduct if the city was on their game. Ah well, lesson learned – the Internet will move on to something new tomorrow! 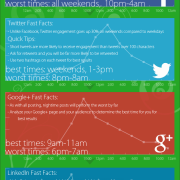 If The Grammys Were an Online Popularity Contest
