Critically Acclaimed Photo Exhibit “BUTCH: Not Like The Other Girls” Arrives in Toronto

Unapologetic and undiluted, the images in BUTCH: Not like other girls set out to honour the beauty, power and diversity of women with subjects reflecting the many sizes, shapes, ethnicities, and styles of what it means to be Butch.” – Mark Robins, Gay Vancouver

Critically acclaimed photo exhibit “BUTCH: Not like the other girls” arrives in Toronto

TORONTO, ON (October 6, 2014) – Beauty, power and diversity in female masculinity are explored in the Canadian Lesbian and Gay Archives’ (34 Isabella St.) newest hosted exhibition, BUTCH: Not like the other girls, arriving in Toronto on November 6, 2014 as part of the show’s North American tour.

BUTCH: Not like the other girls debuted as a public art project in transit shelters around Vancouver, Canada, in March 2013, with a simultaneous gallery show at the Vancouver East Cultural Centre (The Cultch). According to Cultch administrators, the opening night – which attracted over 500 patrons – was the largest art opening in their 35 years of operation. The project went viral on the internet, leading to touring exhibitions across the continent. The exhibition catalogue was released by Shooting Gallery Publications in Spring 2014, and is available at bookstores in Vancouver, Seattle, Portland, San Francisco and Los Angeles.

“We are very excited to bring Butch: Not like the other girls to the Canadian Lesbian and Gay Archives,” says CLGA vice president William Craddock. “SD Holman’s photographs document, explore and celebrate a myriad of sexual identities and gender expression – visibility that is important to the richness of our communities today and the diversity of our histories for the future. We hope that Toronto audiences will enjoy this exhibition as much as it has been revered at its debut in Vancouver.”

BUTCH is a photographic exploration of the liminal spaces occupied by female masculinity in contemporary queer communities. Holman delineates Butch as “an inclusive site of resistance to limitations on the way women, gender, and sexuality are still defined.” The images honour the beauty, power and diversity of women who transgress the gender binary, with subjects reflecting the many sizes, shapes, ethnicities, and styles of Butch. The transversal dialectic of female masculinity is celebrated here — unapologetic and undiluted.

BUTCH: Not like the other girls opens on Thursday, November 6, 2014 at 7:30 p.m. with a public wine and cheese reception. The Canadian Lesbian and Gay Archives is located at 34 Isabella Street in Toronto.

For more information, high-res images or to book a media tour, please contact:

A native of Los Angeles, SD Holman is a photo-based artist and Artistic Director of The Queer Arts Festival, an artist-run three-week, multidisciplinary arts festival in Vancouver, BC. Recipient of the 2014 YWCA Women of Distinction Award in Arts and Culture, one of Canada’s most prestigious awards. Hailed by Photographer Guy Warrington as “the best portrait photographer in Vancouver,”Holman’s exhibition venues include Wellesley College (MA), the Advocate Gallery (Los Angeles), the Soady-Campbell Gallery (New York), the San Francisco Public Library, The Helen Pitt International Gallery, Charles H. Scott, Exposure, Gallery Gachet, Vancouver East Cultural Centre, Artropolis, and Fotobase Galleries (Vancouver). Holman’s project BUTCH: Not like the other girls is currently touring North America, and has been published by Shooting Gallery Publications. 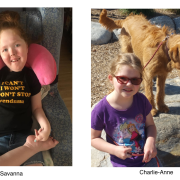 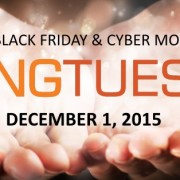