You are here: Home / Embrace Disruption Blog / Instagram Out, SnapChat In? An App That Features...

Instagram Out, SnapChat In? An App That Features Sexting Without Consequence (Yeah, Right)

Instagram may have made a critical mistake last month; with the proposed changes to their Terms of Service that stated the company would have free reign to sell users’ photos for advertising without consent or compensation. But as we all know, there’s always the latest and greatest next generation of apps looming in the shadows. The ‘next generation Instagram,’ as it has been dubbed, is called SnapChat.

There One Minute, Gone the Next

So what is exactly is SnapChat, and why does it have hipsters abandoning their collection of fun filters? Simply put, SnapChat is a way to share photos with your favourite people (on iPhone and Android) that will get to them 10x faster than a regular MMS (Multimedia Messaging Service). Besides being faster, the ‘gimmick’ to Snap Chat is that the photos, or ‘snaps,’ are on a timer so you can control how long receiver of the photo actually has access to it before it disappears from their device. Perfect if you’re trying to organize a surprise for someone who has access to your phone! Of course the app does offer a save option on their preview screen or you can take a screenshot if you’re quick but the sender of the Snap will be notified! 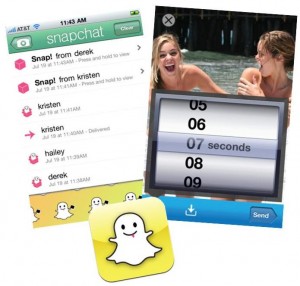 Every App Has Its Dark Side

So you’ve downloaded this app to your phone where you can take ‘impermanent’ photos that will not (supposedly) be finding their way onto the greater World Wide Web, what’s the good in that? It seems the overwhelming answer is the ‘indecent exposure’ kind; which can be corroborated with a quick Google search. With a user demographic between the ages of 13-25 this news is more than a little shocking. SnapChat was recently featured on Good Morning America  with the warning that yes the app may say that the photo is gone after the viewing time is up, but there are other ways to save the photo. The reporter on GMA cautioned parents to monitor what their children were doing on their phones considering sexting is becoming a larger scale issue with teens and young adults. Additionally, the SnapChat developers have stated they cannot 100% guarantee the instantaneous deletion of photos off their servers.

So yes, SnapChat can be fun when people want to send those obnoxious self portraits to their friends: but remember, nothing is fool-proof!

On that note, have you ever had a mishap where a photo found its way onto the Internet when you didn’t want it to? 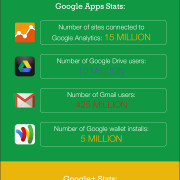