About a month ago I wrote a post about Nintendo harnessing the power of YouTube to create videos to promote the new WiiU console. In the article, I talked about how Nintendo had recruited a fleet of YouTube stars to create videos about the console. Not only did these YouTubers receive a WiiU for their troubles but also, the top 12 videographers (based on views/likes/comments/judges) were invited to Los Angeles to compete in the 48-hour film festival challenge. Here’s the update:

This week, the top 12 chosen YouTube stars travelled to Los Angeles for the next round of the competition. This round consisted of the contestants getting divided into teams, ‘locked up’ at the Redbury Hotel in Hollywood and given 48 hours to film & edit a video together about the Nintendo WiiU & the new Super Mario Bros U (which I’ve played and is super fun!).  The 3 teams’ films were screened yesterday (January 17th) at the Sundance Film Festival, which is kind of a big deal. Below are a couple videos from YouTuber Alex Carpenter, one of the members of the winning team for this year; the first is the video he filmed in order to qualify for the 48-hour challenge and the second is a vlog he filmed in the middle of the challenge.


The films created out of the 48-hour challenge were screened at the Nintendo Lounge in front of film industry influencers, Nintendo executives and other VIPs. The audience voted for the eventual winner out of the 3 films.

But the WiiU film challenge is only part of the Nintendo marketing campaign at Sundance. The Nintendo Lounge will be open to festivalgoers and Park City residents alike to play with the new system, including trying out some unreleased games. 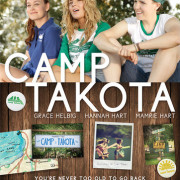 President Obama Reigns in the Age of Social Media
